The renaissance of SA pétanque continued in Round 2 with a population explosion. Undeterred by the threat of showers (which fortunately stayed away for the most part), a staggering turn-out of 87 players took to the pistes at Novar Gardens. That’s 15 more than in Round 1, which in turn had the most we’d seen for over a decade.

Five different clubs were represented in the top five positions, but the winning team was the highly-credentialled and experienced trio of Selina Dally, Wendy Bensen & Maurice Belz, from ESP. No surprises there. However, also on the podium were some of the newer entrants to the field and potential stars of the future. In second place, and all taking home their first League medal, were Mike Read, Ashton Claridge & Mal Bedson from the Adelaide Hills club. Bronze went to the Novar Gardens team of Jonathan Giddings, Bruce Lucas & Jean-Luc Gonnet, with Bruce also registering a personal best. Congratulations and well done to all.

This was one of those rounds where the pattern of results did not fit what we would normally expect. In particular, we had a very unusual situation in Pool A where five of the fourteen teams won all three of their preliminary games, with only one of the others winning more than one. This created a few apparent anomalies in the final rankings, such as one team that won all five of their games but couldn’t climb up to a medal-winning position because their morning points tally was ‘only’ +19.

In terms of the championship, the lesson was that there’s safety in numbers. Despite the fact that each club can only claim the points from their two best-placed teams, it was the three clubs with five or more teams that picked up the biggest hauls ‒ Eastern Suburbs cemented their place at the top of the table, while Adelaide Hills and Novar Gardens were the big movers. The latter two have climbed up into third and fourth place, respectively, at the expense of FAB and Gawler, while Adelaide (2nd), Prospect (6th) and Port Noarlunga (8th) all maintained their first-round positions.

Thanks to the well-organised Novar Gardens crew for hosting the day. 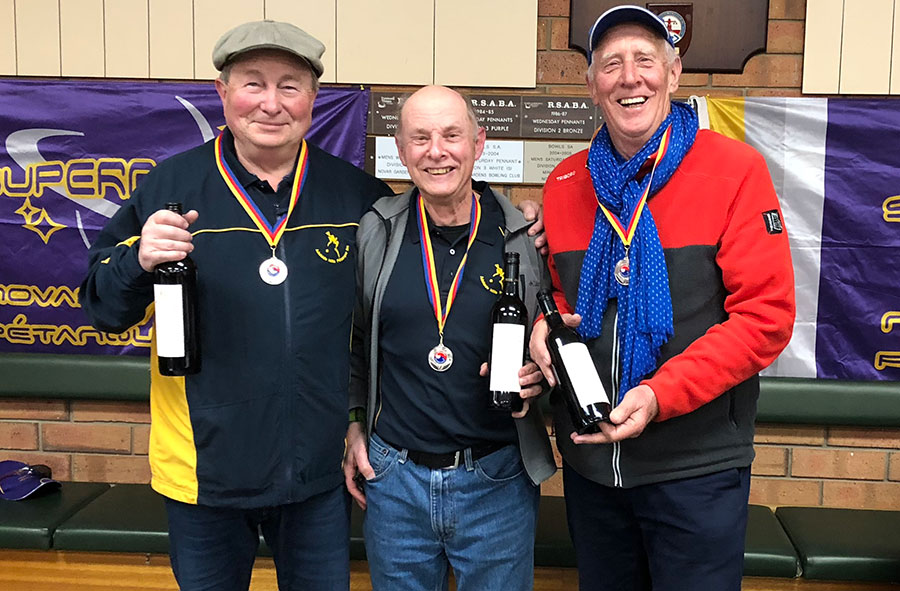